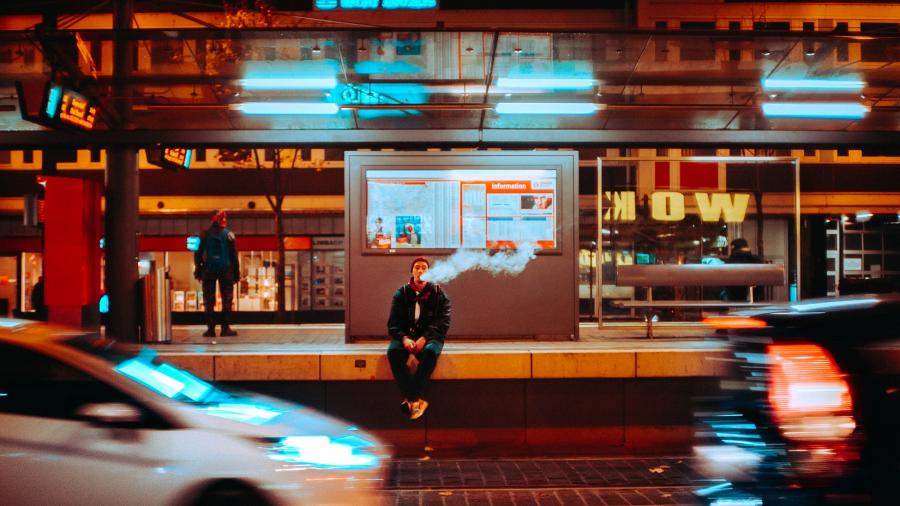 It seems as if 'vaping' came out of nowhere. One day it didn't exist and then a few months later everywhere we went someone was vaping. In reality, electro-mechanical cigarettes are not new. Neither is the concept of using vapor to breathe in smoked herbs, scents, or mild-poisons. In fact, that has been going on for as long as mankind has been keeping a written record, perhaps even longer. There are accounts of such techniques in ancient China, as well as in ancient Egypt. The Romans often smoked in bathhouses, and in India 1,500 years ago, they called smoking sugary tobacco 'shisha'.

One famous author, Jean M. Auel, in her famous series of novels describes several ancient civilizations living in caves partaking in such smoke vaping rituals. Indeed, there is enough archeological evidence to support her historical novel storyline and depictions of such.

Fast forward to 1927 and Joseph Robinson received the first electro-mechanical cigarettes patent. He called his invention the electronic vaporizer. There were several other patents granted after that for various applications of that invention. In the early 1960s, a gentleman by the name of Herbert Gilbert came up with a contraption called the Smokeless Non-Tobacco Cigarette although it wasn't marketed to the masses, as current vaping products, devices, and paraphernalia are today.

In 2003 a Chinese company, Hon Lik, came up with the first real electro-mechanical cigarettes device. Very similar to the style and types we see today. It comprised of a plastic cartridge, a small battery, a liquid nicotine compound, and a heating element using an ultrasonic atomizer. Although this sounds like a complex machine, it was relatively simple and inexpensive to produce. The funny thing is that no one in China much cared for it or even wanted to try it, even though the Chinese people today are among the biggest smokers in the world (cite below).

What Was the Original Purpose of Vaping Devices?

The original invention of this device was to allow people to quit smoking to save their lungs and prevent smoking from eventually taking their lives by way of lung disease, lung cancer, and other lung ailments. It was created to solve a problem and done so with the greatest intentions. The device is supposed to allow one to still have their nicotine hit without the long-term problems associated with smoking traditional cigarettes. Since nicotine is approximately a 3-day addiction, meaning if you stop smoking for 3-days you don't really need it anymore, the electro-mechanical cigarettes made sense.

Realize also that vaping is very similar to smoking marijuana through a bong. It increases the speed of getting high and intensity. With a vaping device, one can get the nicotine into their system quickly and relieve anxiety and stress which seems to be why humans like smoking cigarettes.

Lance Winslow is an Online Author, his latest eBook is about Substance Abuse, Addiction, and Dependency. Lance Winslow is semi-retired and Founder of the Online Think Tank http://www.WorldThinkTank.net - You may contact Lance Winslow by email for dialogue, discourse, discussion, or debate on interesting topics.

View All Posts    |    RSS Feed
Welcome to Our Site
Are you over 21 years of age?
YES NO
Please verify your age to enter our site.